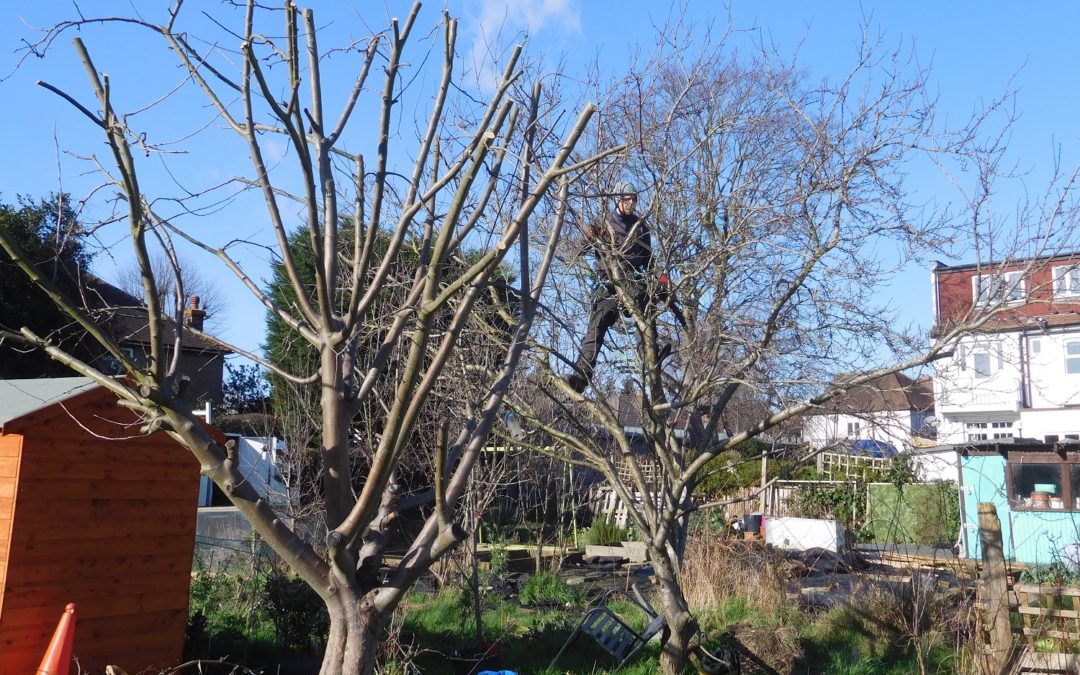 On our communal areas there are various fruit trees and shrubs that require seasonal maintenance to keep them healthy and in good shape. Plot holder Bernd Gauweiler has recently got involved in the pruning and management of our communal trees and a lot of work has happened in February whilst the trees are dormant, some with involvement from professional tree surgeon Tom Boswell.

On 1B, a neglected apple and a cherry tree needed attention. Water shoots were removed and the trees trimmed to reduce height and give shape. But due to the number of cuts, some of the strong inner leaders central to the crown were left. These leaders will be trimmed later – the cherry this summer and the apple next winter – to improve air flow and light within the crown. 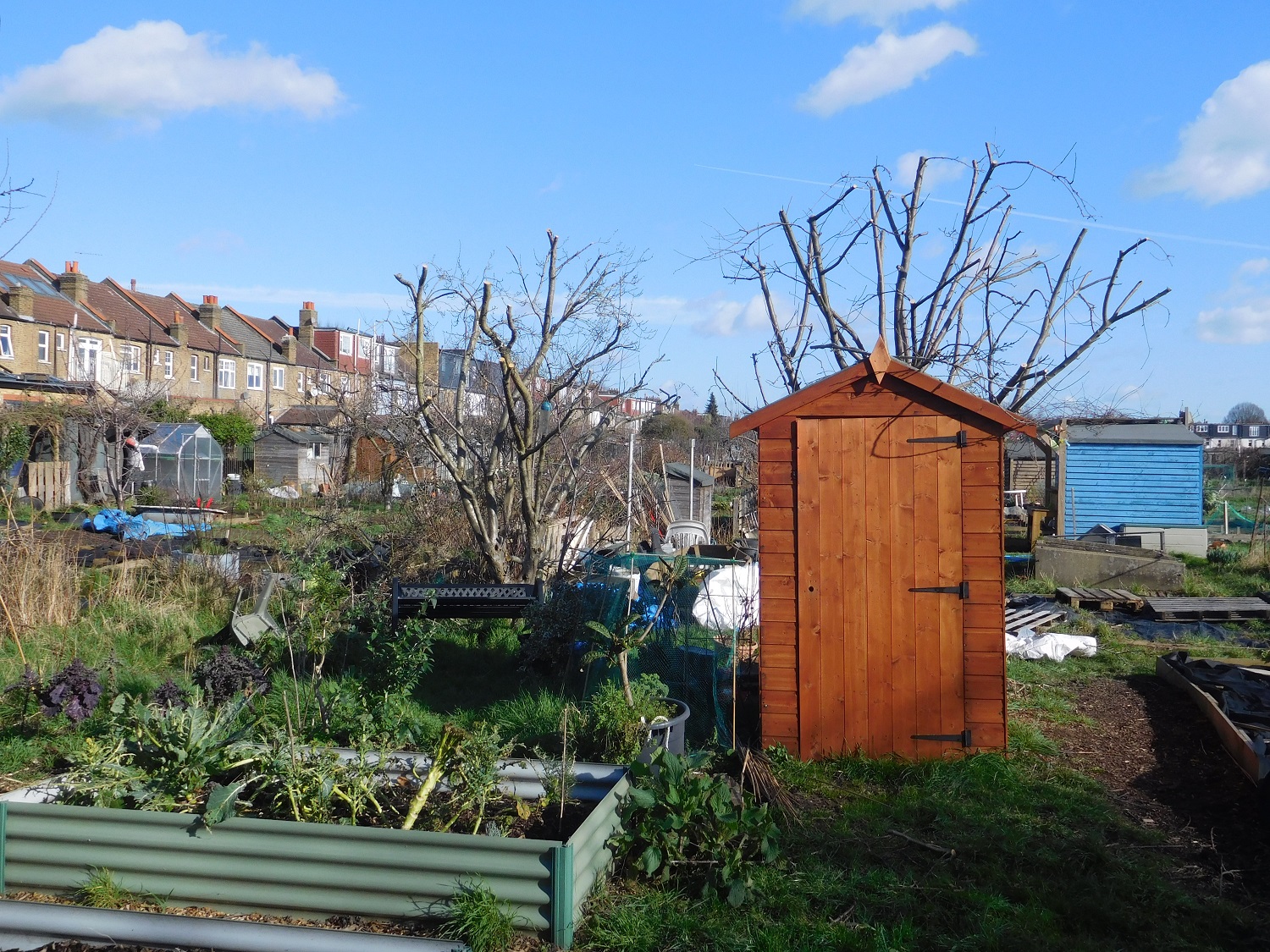 Some of the trees on 48B will need similar attention in late summer. Meantime, Bernd has cut back dead wood from a fig tree and some roses. Lavender, rosemary and sage bushes will need to be cut back after flowering, and the cobnut will benefit from coppicing.

On 61B, the old apple tree had been neglected for some years, evidenced by an abundance of water shoots and ingrowth between two rubbing branches. The tree is now lower, better ventilated and a better shape, but more work is necessary – the plan is to reduce the crown further, both in height and density, next winter. The hazel in the corner was also trimmed back. The plum trees will need pruning in the summer. 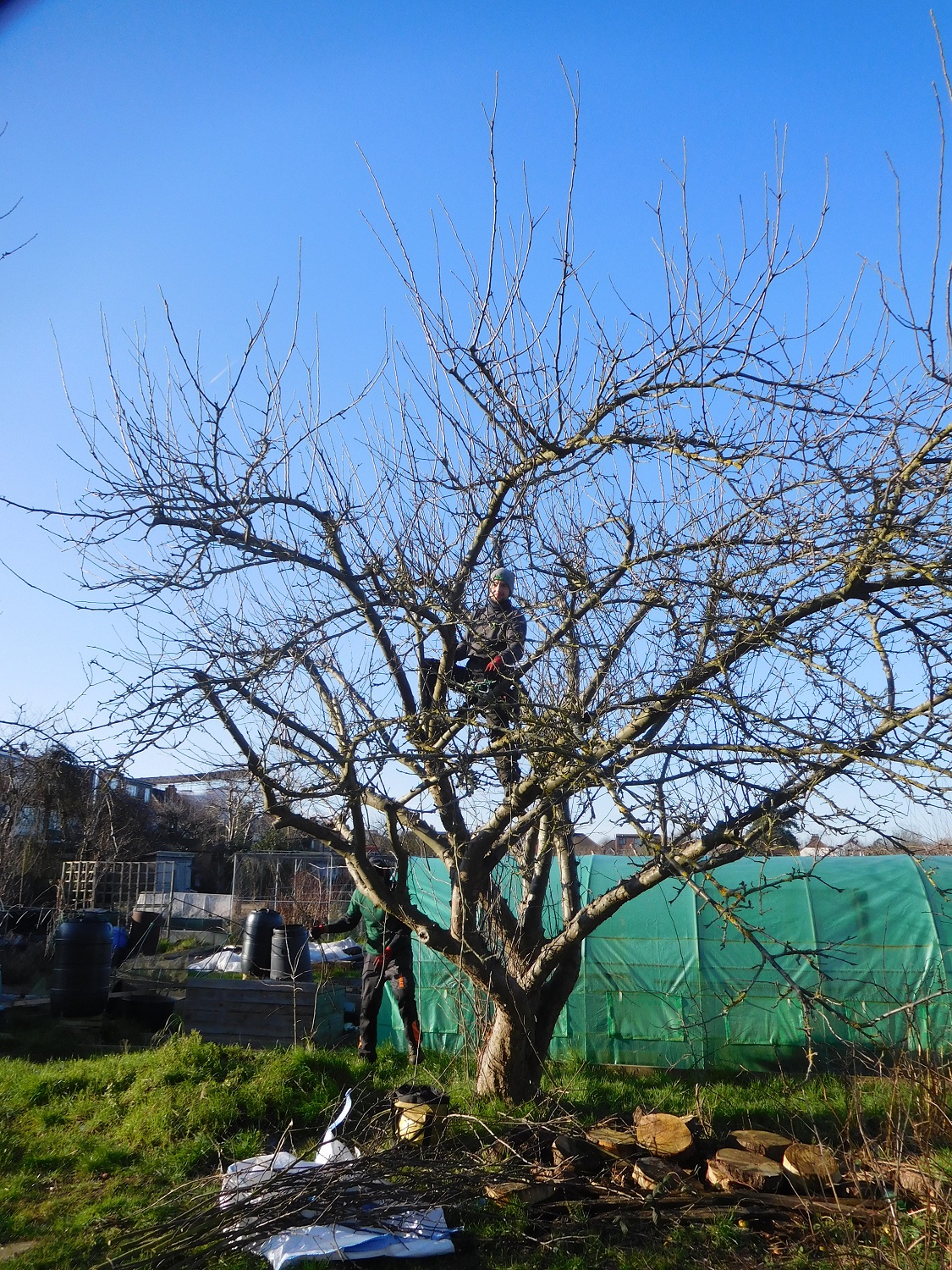 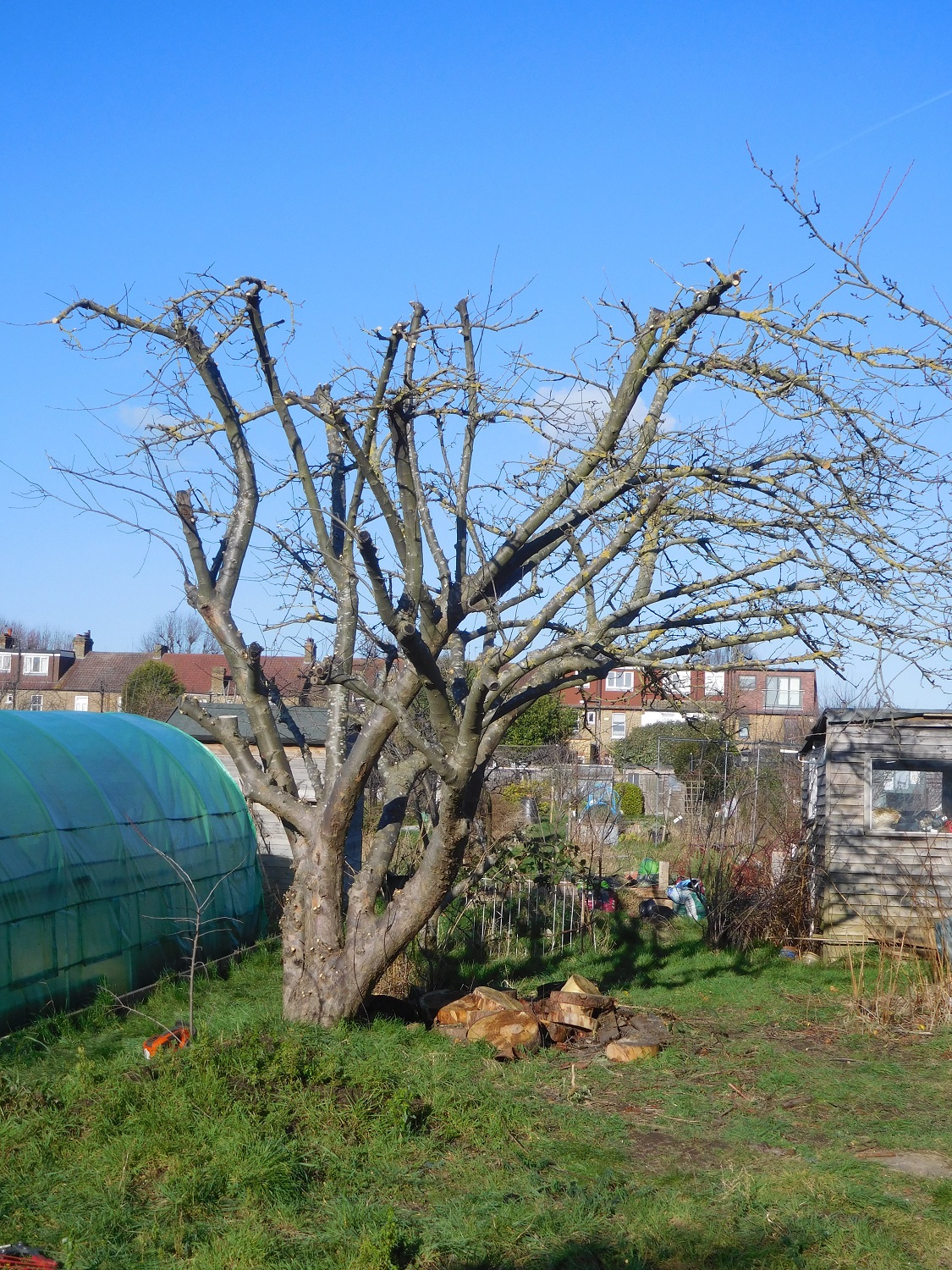 There was also an overgrown raspberry bed which Bernd cut back. He then built a simple support for the canes using the hazel cuttings and willow foraged (with permission) from the River Brent. Unique, 100% organic, and not a nail, screw or wire in sight! 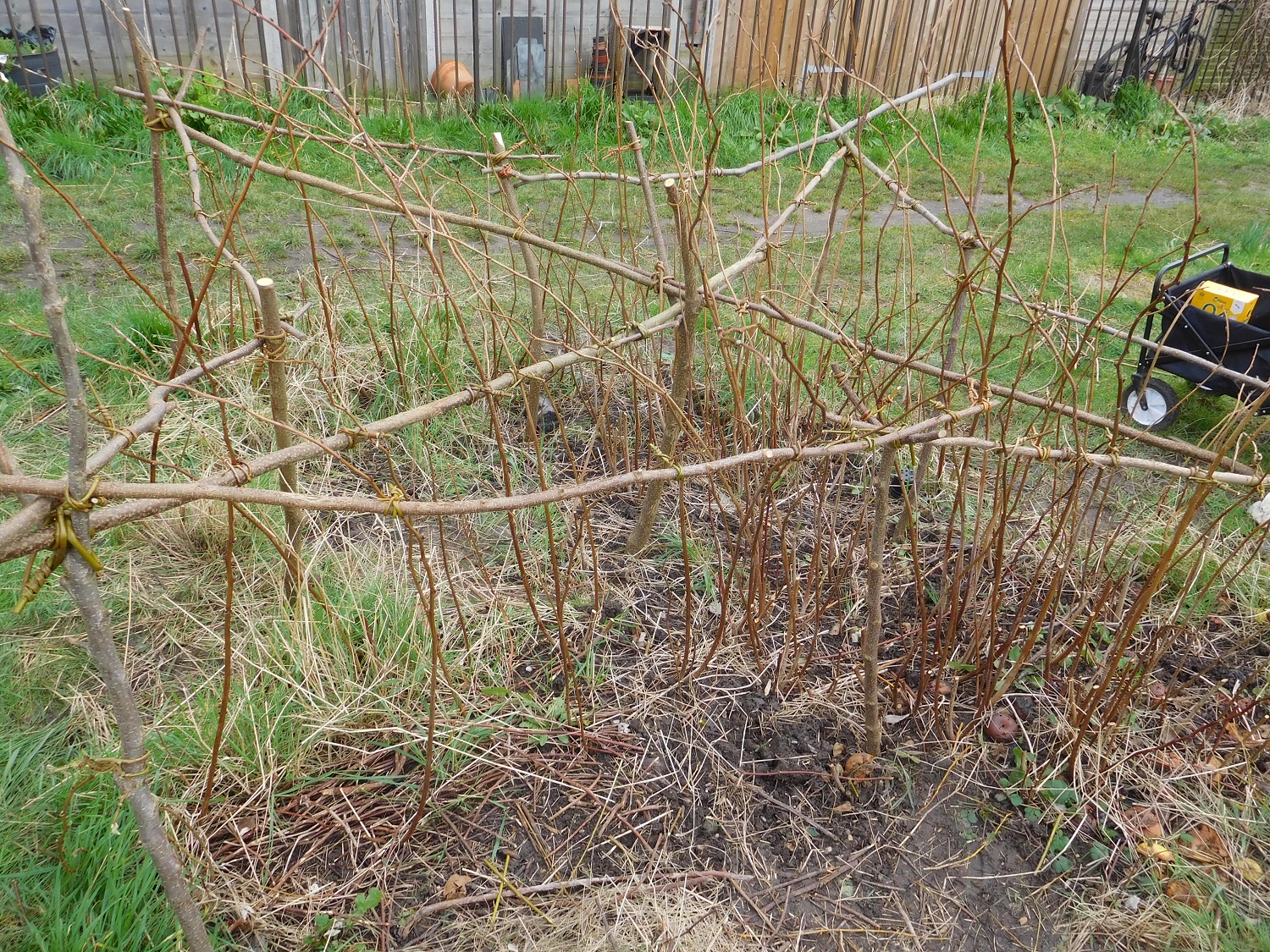 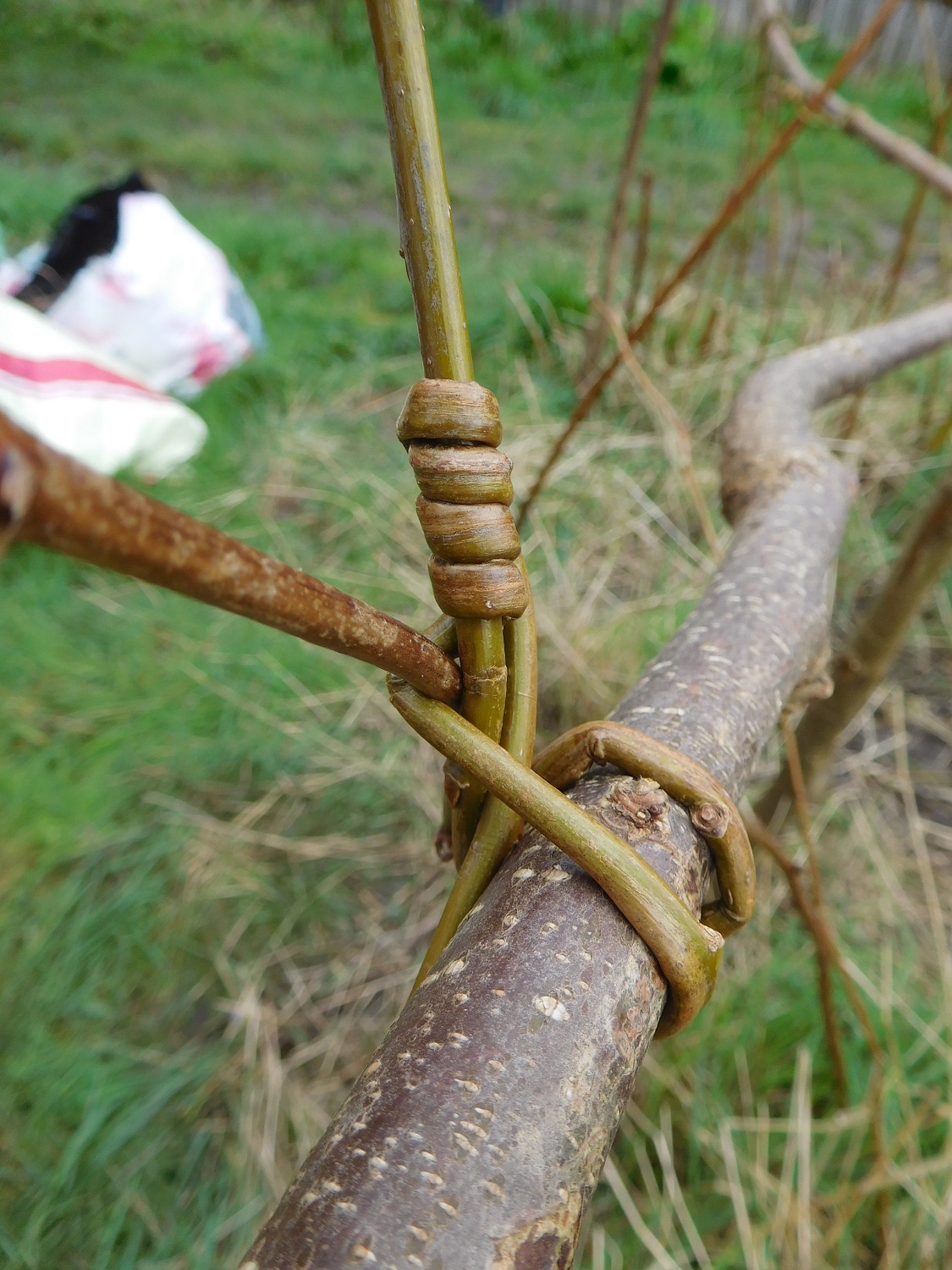